By Greg Adelson
The North Oldham boy’s tennis team competed in the KHSAA State Tournament last week and finished their season ranked 5th in the state, marking the team’s first ever top 5 finish!

The state participants were singles players, Eli Wood and Coleman Masters, as well as the doubles team of Grant Adelson and Jordan Henley. 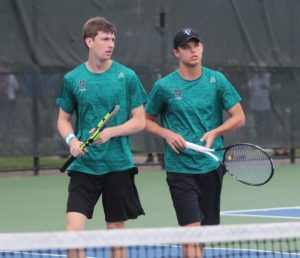 In the KHSAA State Tournament, each individual match win counts as one point towards the team’s final ranking. 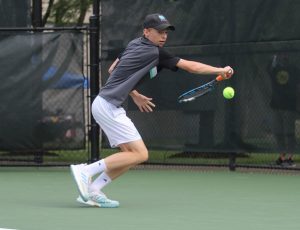 As freshman, both players had a terrific year and will be key contributors for the next few years.  Wood and Masters were named to the all All-Area Louisville tennis team this year.

Junior Jordan Henley returns next season with a top 16 and top 8 doubles finish on his resume to date.  Henley was named to the All-Area Louisville tennis team this year.

Senior Grant Adelson finishes his North Oldham career as the first boy’s player in school history to make the KHSAA state four consecutive years.  He reached top 16 and top 8 doubles finishes with Henley in the two years they played together.  Adelson was named to the All-Area Louisville team as a Sophomore and again this year.  This season, he was also named to the KHSTCA All-State team.