North Oldham continued their winning season defeating Eastern on Thursday night, and improved their record to 15-0 on the season. The team started slowly and went into halftime with the score tied at 0-0.  Shortly after the second half began, the Mustangs had the advantage with a corner.  Hadley Kuzmicky inserted the ball to Payton Hobson who took a direct shot on goal to put the Mustangs up 1-0.  A short time later Charlotte Stratford made an incredible shot on goal which was stopped by Eastern’s goalie; however, Alexa Shearer was there to receive the goalie’s deflection and place a perfect shot into the corner of the goal giving the Mustangs a 2-0 win.  The team takes on nationally ranked CAL on Monday at CAL at 6:30 p.m. 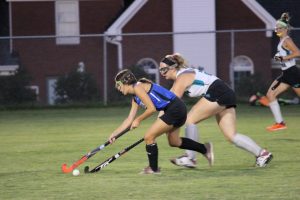