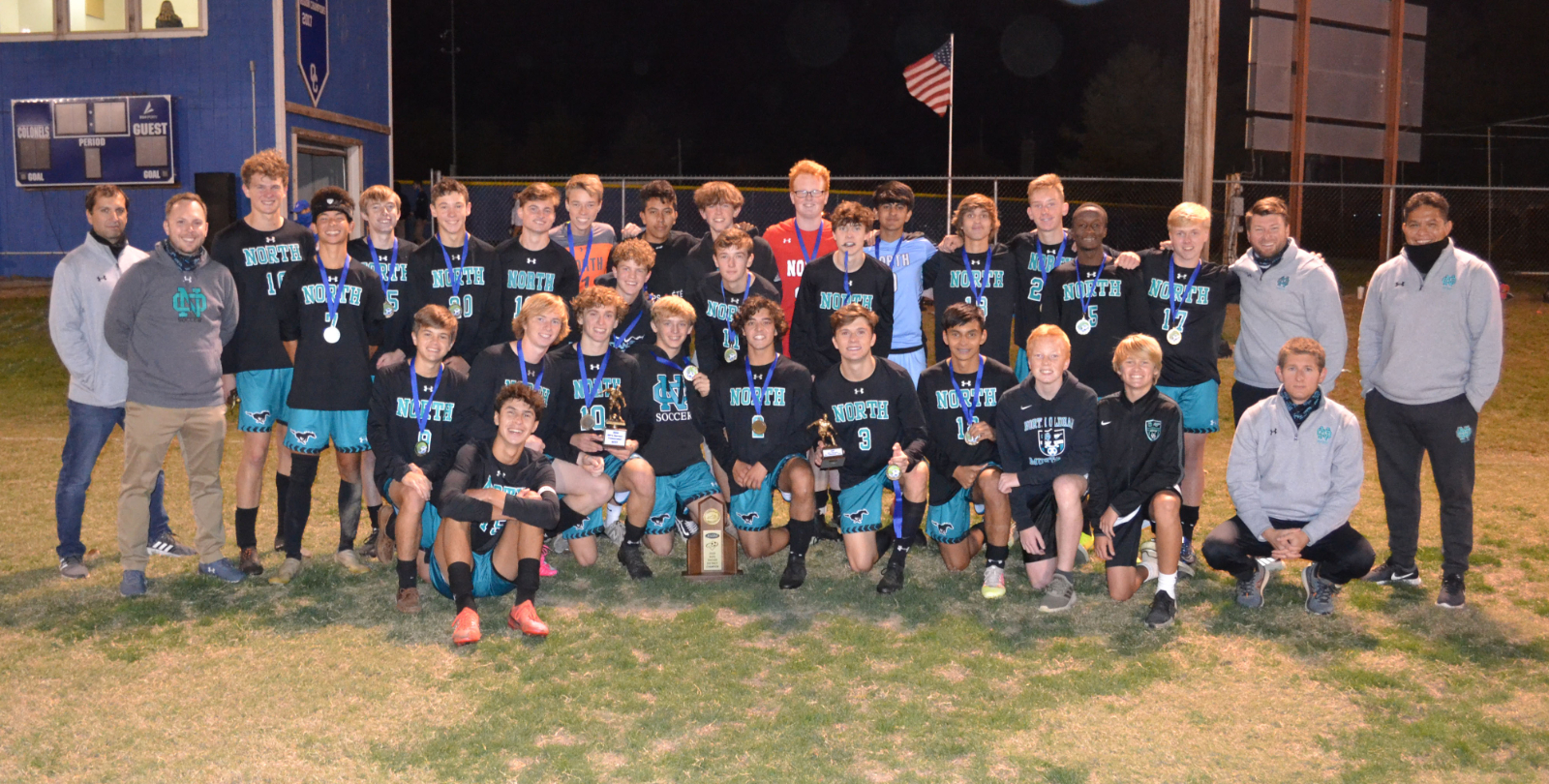 North Oldham boys soccer won its first district title in program history, defeating South Oldham 2-0 at Oldham County Oct. 14 in the District 29 final. Charlie Christ scored two goals on penalty kicks, one in each half. The Mustangs dominated throughout the match but could only find the back of the net on pk’s. The Mustangs will open regional play at home on Monday Oct. 19th at 7pm. The opponent will be decided at the 8th Region draw Saturday morning Oct 17th. 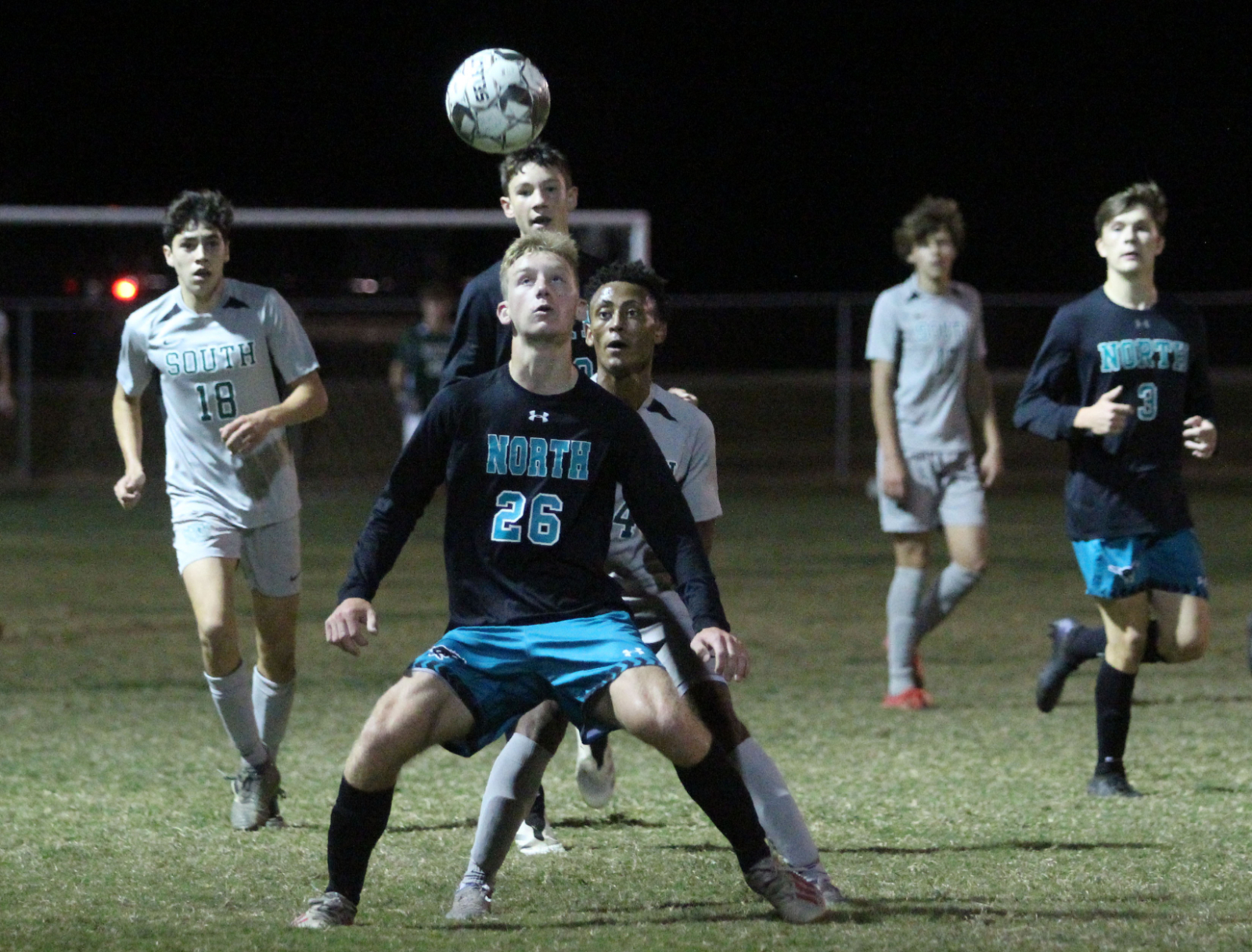 The girls team lost to South Oldham 5-1 finishing up as the runner up in the 29th District. Caroline McLellan scored the lone Mustang goal. The North Oldham girls will now open regionals on the road Monday Oct. 19th with the opponent to be determined at the 8th Region draw on Saturday.

After Monday’s opening matches the remaining regional matches will take place at South Oldham High School. Good luck to both teams at regions!

All District Teams shown below: 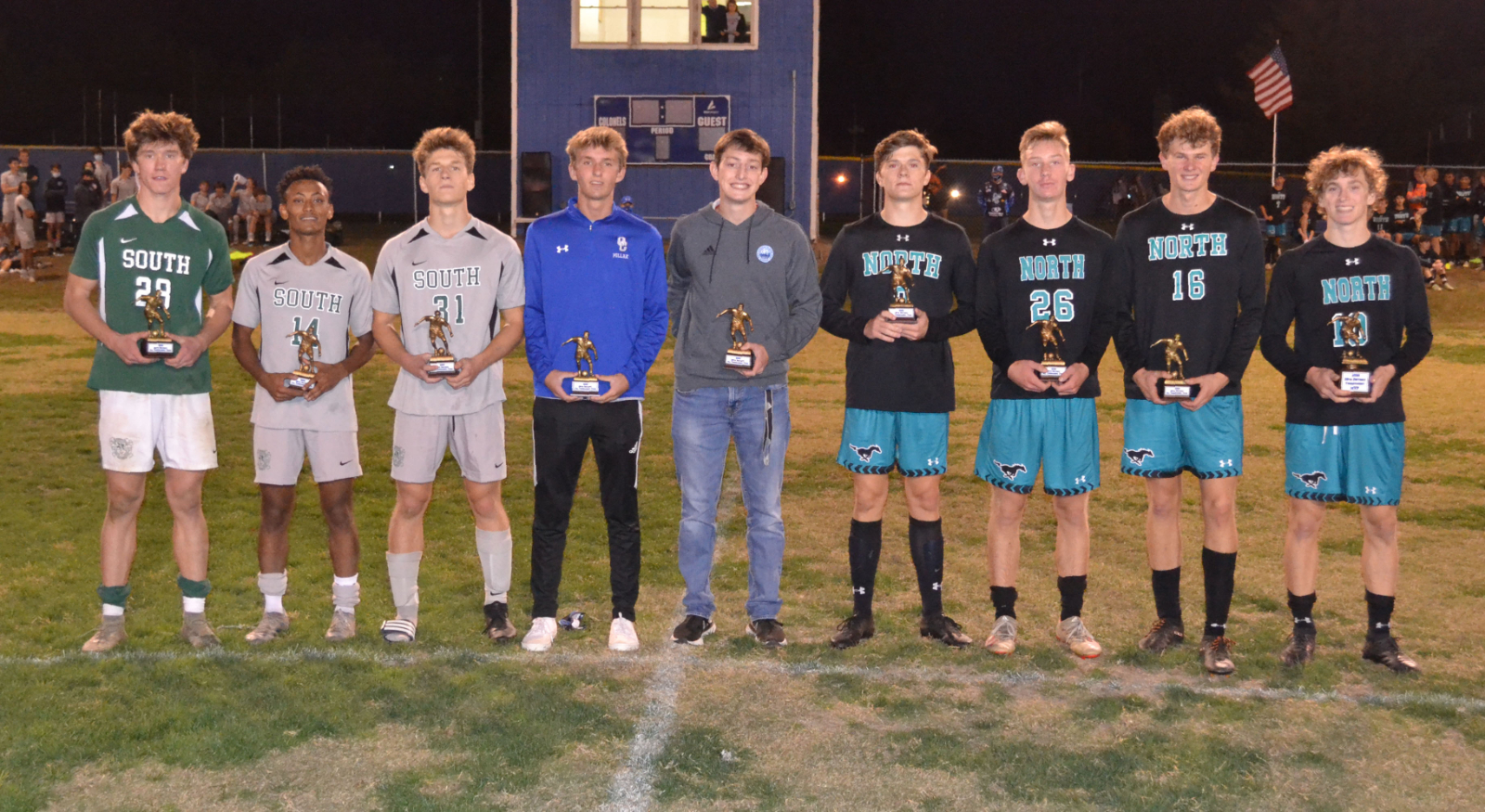 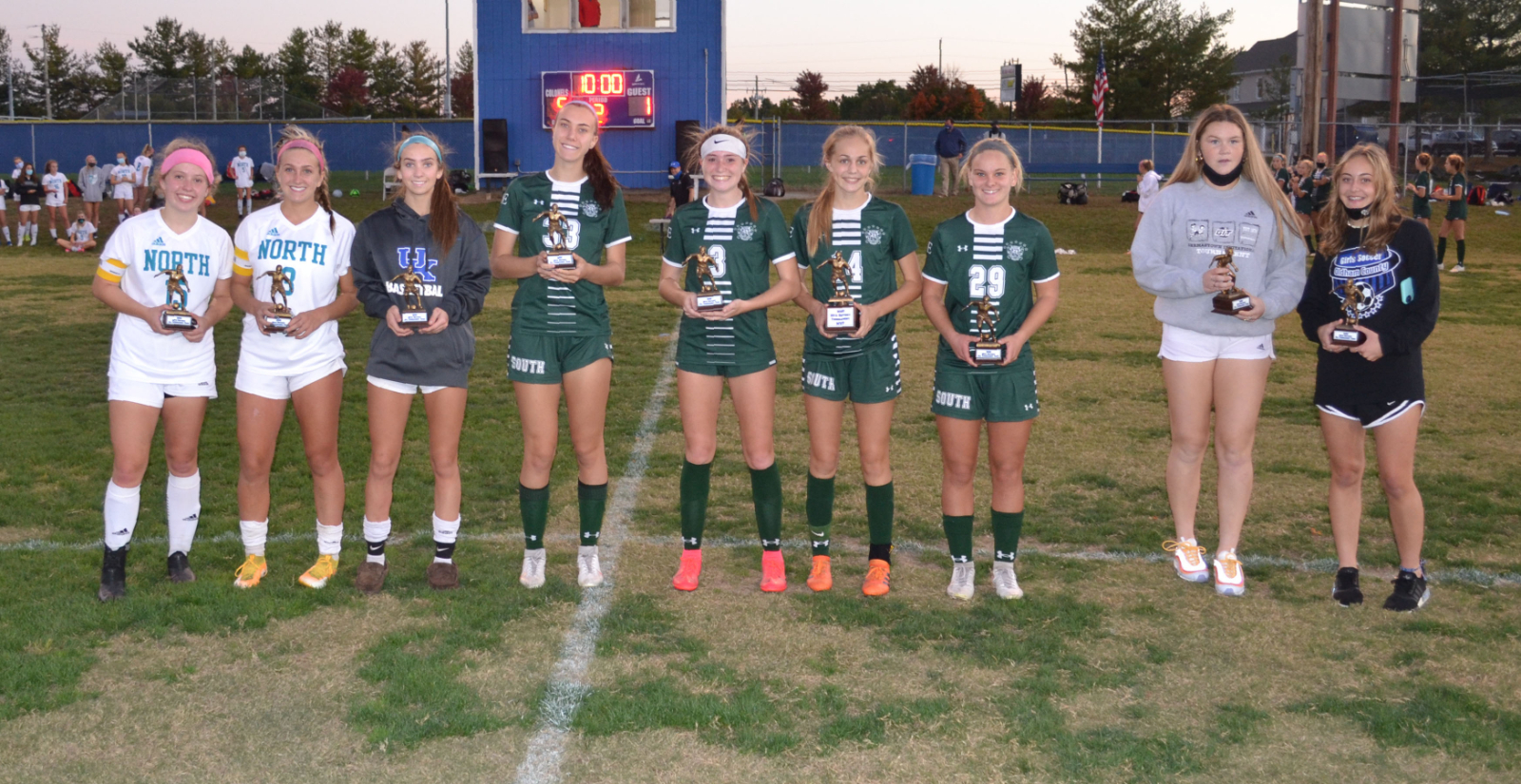