The North Oldham varsity field hockey team wrapped up their regular season by defeating rival, South Oldham, 2-0.  The Mustangs came out strong controlling the game, and only allowed one South Oldham corner in the final minutes of regulation.  With less than two minutes remaining in the first quarter, junior Hadley Kuzmicky, had a reverse shot that went past South’s goalie to put the Mustangs up 1-0.  Late in the second quarter, sophomore Paige Hoyer, scored on an offensive corner with a direct shot on goal.  The Mustangs play Kentucky Country Day in the first round of Regionals on Monday, October 19th at 5:00 p.m. at KCD. 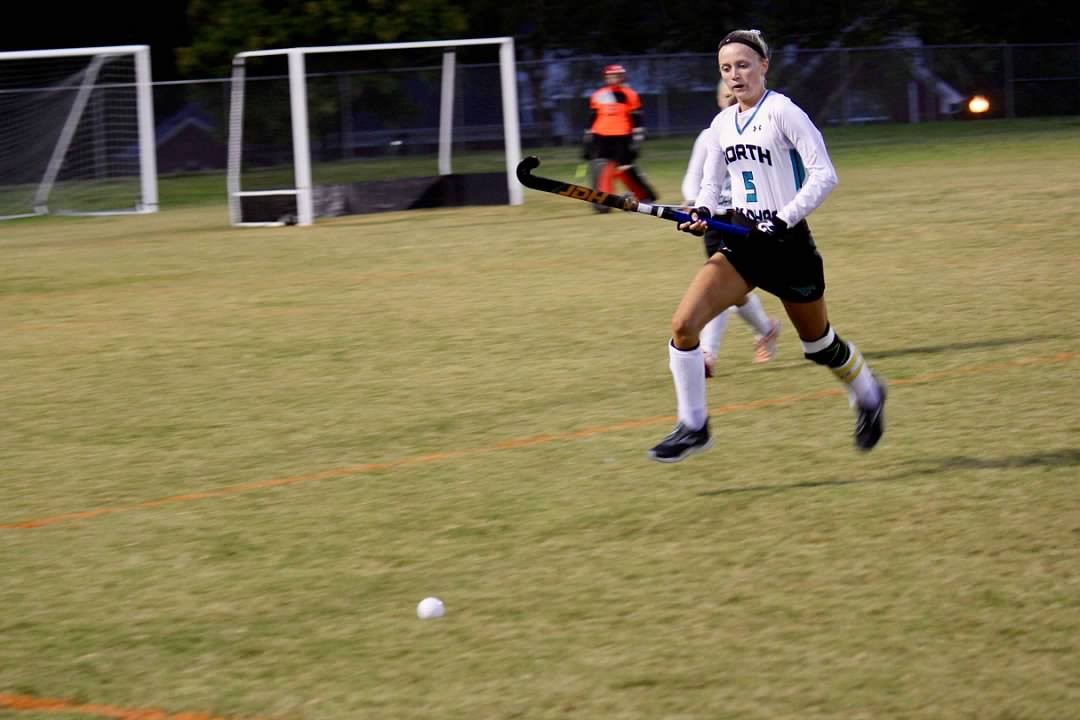