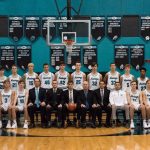 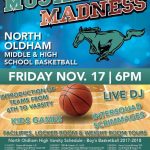 Join us for food, fun and festivities at Mustang Madness Friday the 17th at 6:00 pm with doors opening at 5:30 pm. Their will be team announcements, games and inter squad scrimmages showcasing this years talent at all levels; boys high, girls high, and middle school. Go Mustangs!! 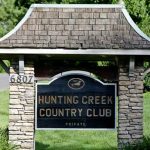 Rotary Foundation of Prospect/Goshen ■ PO Box 215 ■ Prospect KY 40059   Dear Friend, The Prospect/Goshen Rotary Club is now in its 23rd year of service to our community and would like to celebrate and recognize the organizations funded by your generosity with our 20th Annual Golf Outing. This year’s event will be held 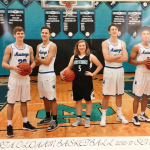 Congratulations to the NOHS Girls and Boys and SOHS Girls and Boys basketball teams in their efforts to help with the fight against cancer by participating in the NABC 3pt Challenge. This year the four programs collected money and pledges for every 3pt. shot made during the season. We were able to present the American Cancer Society with a check for $15, 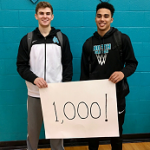 On Wednesday January 25th, 2017 Zach Wheeler and Jalen Henry both eclipsed the 1,000 point scoring mark against North Bullitt. Currently the North Oldham Mustang basketball program has only 6 other player’s that have reached 1000 points in the school’s history.Congratulations to them both! Come celebrate this accomplishment tonight with the team and watch these two 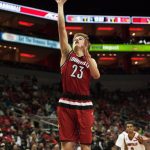 Article written by Sam Draught, Oldham Era. David Levitch says there aren’t tags over players’ heads, like their draft stock or recruiting rankings, but if there were, what would his say? It could say walk-on, but that probably wouldn’t do the senior justice, after all, the Goshen native has carved out a role for himself 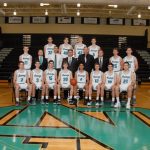 Wednesday, February 24, 2016 7:30 PM North Oldham High School AWAY 48 Oldham County High School HOME 65 Game Recap The Mustangs season came to an end in the first round of District play 65-48. It was a close game most of the way with the final score not indicative of the competitiveness throughout. Every

Friday, February 19, 2016 7:30 PM Desales High School For Boys AWAY 37 North Oldham High School HOME 65 Game Recap The Mustangs sent Seniors Pat Geoghegan and Seth Hagan out on top in their home finale, defeating DeSales 65-37. They both played a strong role in the offense that was led by Zach Wheeler’s

No Events This Week

Events are added by athletic staff.
View All Events